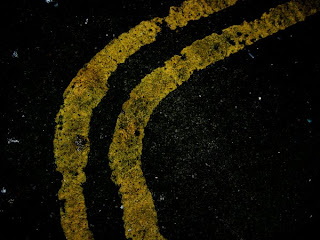 This is a compilation from three rehearsals on 30.7, 24.9 and 25.10 1987. The line up was Paul Moller - Guitar, Vocals, Mr Rudeforth - Radio, Jonathan/Cess - Radio, Electronics, Mike - Bass, Ian - Drums. I can't remember Mike or Ians' surnames but they had been in a band with Unka and Gary who had no singer but a worked-out set of tunes which begged for vocals. Mike was really a guitarist. I got them to lend me a tape and worked out some rough themes to improvise some vocals to their instrumentals which were songs without words, even though I wasn't really a singer. I did a couple of gigs with them. Then they split-up and Mike and Ian joined us for a while. I was going through a strange time and drinking a lot so I don't have great memories of this period. I remember reading something in the newspaper about if a black person was seen in Wilmslow after dark they were arrested because they were obviously up to no good and this shocked me. It felt to me at the time that we had taken things as far as they could go in terms of manic speed and had hit a brick wall. At the last rehearsal I was a drunken mess and there was an enormous sparkly mirror in the room which I smashed at the end of the session. I had been practicing acoustic blues and trying to learn how to sing all through this and it was time for a change...
The tracks are:-
http://archive.org/details/DrunkInWilmslowBlues
Posted by Rev. Dr. Moller. MDMA, THC and BAR. at 05:02