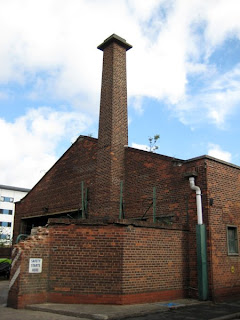 Un Petit D'une Petite, as in 'sat on the wall' and 'had a great fall', but not quite a large French humpty dump 'n that with dirty underwear. This is a compilation of some of the stuff that was recorded for release by Turdy Ming-Hole the turd, on Genesis P-Orridge's Temple records before it turned out that Turdy was a bag full of shit. He got his years later when I heard he'd gone mad and alcoholic, raving about being the inventor of Acid House and that Gen had ripped off all his ideas, he had played in Coum many years before. I should have checked with Gen first cos I knew him from being an old TG fan but never mind, this wouldn't exist if I had. We hired a P.A., a rehearsal room, Gary Burroughs' 4-track and I paid. It was recorded on 9-11 of February 1987 and some of it was mixed a couple of months later. It features some of the first things I wrote when I started writing songs again. All together now - "I'm a honky-tonk pheasant and I'm ready to cough a-ha". Death of MF came to me late one evening when I was feeling shit and only had enough cash for a miniature bottle of whisky, I downed it and as the effects came on so did the words. Samuel Beckett wrote a poem called 'Mort de AD' about a friend who had died and as this seemed to be about Mark Fell that's where the title translated from. The words for The Nipple came from a book of bawdy old ballads I found in Hull music library, vocal by Mr. and Mrs. Rudeforth. Three Gobs Spew The Mares View has all three of us reading from my notebooks. The line-up for these recordings is...